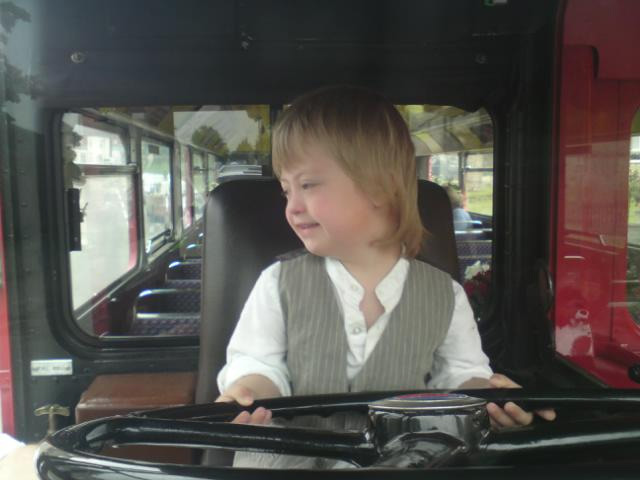 Well I suppose it wasn’t meant to be, I was kind of hoping for a Valentine’s Day baby. But as she wasn’t due for another 2 weeks I prepared a meal for my wife. Soup to start followed by salmon and a lemon tart with heart shaped strawberries dipped in chocolate for dessert, all washed down with a bottle of pink bubbly. Half way through dinner my wife started to have some contractions, my Valentines Baby may be here after all!

During the pregnancy we were told that our baby had Talipes of the right foot, at that point all I could think about was how it would affect my Childs growth and the possible ridiculing that my baby would receive whilst growing up and at school. The more I looked into it the more I was worried about the implications of what method we would use to put it right…….about a month after we were told about the Talipes I just turned my back on the whole thing as no-one could tell us how severe it would be till birth and we will deal with it then.

Very early the following morning I was awoken by my wife, saying she was definately in labour and had been all night and that she thought it was about time we got to the hospital. We arrived at the hospital but I won’t bore you with the labour details as I’m sure you’ve heard all sorts of nightmares, but I can say we had no complications and just under 2 hours later the baby had arrived When he came out all I could look at was his right foot, which was turned inwards by 90 degrees all I could think was Why! Why my child!

I looked at my wife, her eyes were full of tears probably for completely different reasons to my own. Once I got past that I looked up from his foot, I think the first thing I said was that he looks like a little china man.

At that point the midwife asked if we had any close relatives which were from that area in the world, we both responded no. I think then we knew something was wrong. She started examining our baby and asked us if we were aware that talipes could be an underlining condition for something else, for example Down’s syndrome.

She went of to get a consultant to take a look at our son, whom we had by now called Evan. I just looked at my son and my wife said she thought that the midwife was right…he definitely looked different.After about 30 mins and a consultant had checked him over the midwife came to us and said “we think your baby has Down’s syndrome, but we will do a blood test to confirm”

I just looked at my wife and she looked at me……..how do you put down in words what goes through your mind when someone, on one of the happiest days of your life gives you news like that. I’ve always considered myself to be a very strong level headed person, to find myself going weak at the knees cuddling my wife and crying my eyes out uncontrollably made it pretty unbearable…to think only minutes before all I could worry about was his foot, which seemed to pale into insignificance.

Why us! Why us! WHY US!I still find it hard to talk about. How could anyone know what it feels like, how do you put it down in words, how I felt, how we felt. I found myself spending more time with our other son, I found it so hard to deal with the fact that our baby was different. A few weeks later I stopped feeling sorry for myself. My wife just accepted Evan for who he was, instantly. I don’t think it would have mattered what was wrong. Which is what makes her such a special person. Albeit it was a right kick in the nuts, we are very blessed to have Evan. Always smiling, such a happy baby and yes he’s had to have an operation on his foot but it’s coming on so well and it looks perfect……… just like him!!