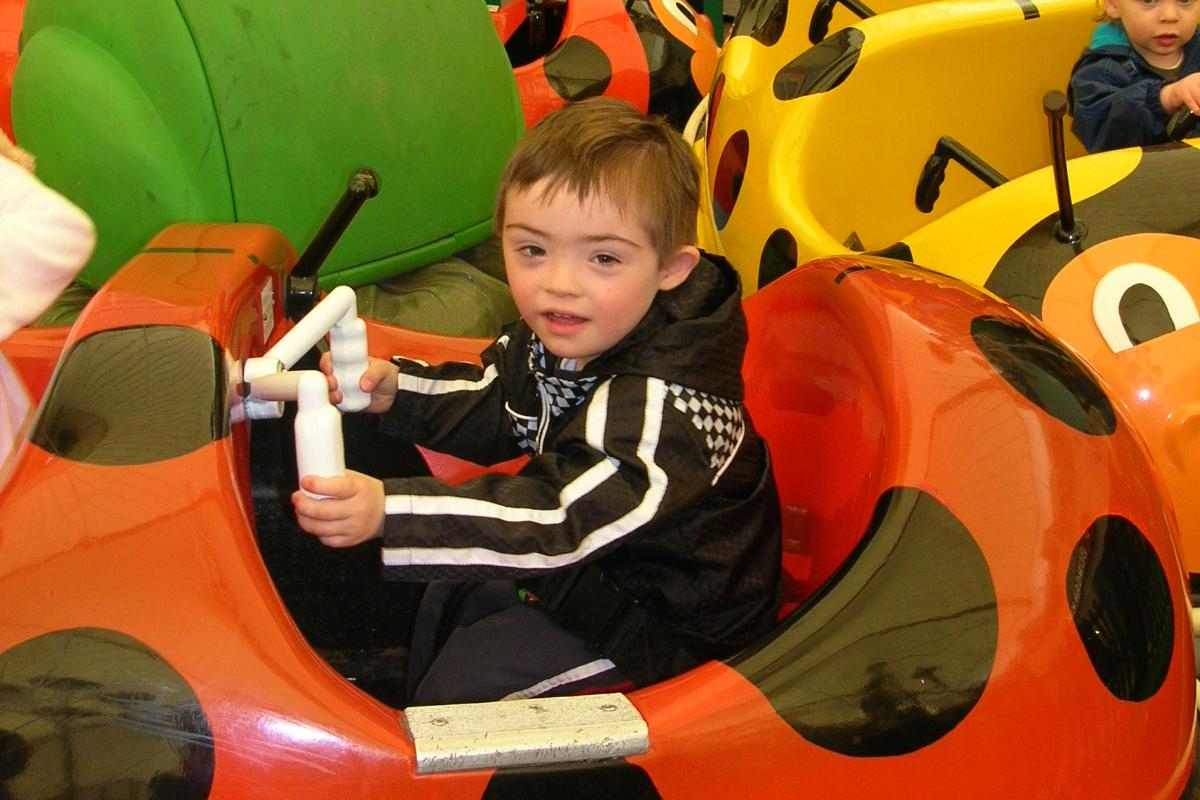 We are the very proud parents of Maddie aged five and Dylan 19 months.  Dylan has Down’s syndrome, although we prefer to use the term “Up” syndrome as there has been no point since Dylan’s arrival that we have felt  “down”.   He continually brings us immense happiness on a daily basis and he never fails to amaze us with his development.

We chose to have Dylan.  And if we were given that choice every minute of every day since he arrived, the decision would never have changed.  Dylan has brought something into our lives which is very difficult to put into words.  It is a look and a smile.   It is a wave hello and his most recent achievement, his first sign for “Please”.

Our experience is different to most in that we were prepared for Dylan’s arrival as we had received his diagnosis 18 weeks into the pregnancy.  We were extremely fortunate to then have a very encouraging cardiac scan at 19 weeks and so were able to base any decision making process on our family’s circumstances at that time rather than on any potential health issues at birth.

Nineteen months on and some of the anxiety is still there but what is also there is a daily gasp at how beautiful and how responsive our little man really is.  We were always told that Dylan would be our child first and foremost and a person with Down’s syndrome distantly second.  How true that is!

He certainly shares his fathers relaxed view of life but with a sprinkling of his mothers fiery temper Dylan is as balanced (or imbalanced!!) as the next one-year-old.

Dylan’s development has been very encouraging to date.  He was rolling over at 4 months, sitting up at 10 months, commando crawling at 11 months and crawling on his hands and knees at 13 months.  He has been cruising around the furniture and pushing his walker since he was 15 months and he is getting more confident by the day to achieve his ultimate goal of taking his first independent steps.

We wanted Dylan very much, he is a very big part of our lives, he has a sister who is totally besotted with him and parents who are extremely proud

Another extremely significant part of our lives since Dylan’s birth is that we have been very fortunate to have met several families with children who also have Down’s syndrome within the area resulting in many new friendships and an invaluable support network.